Reprinted with permission from  SoundStage! The High-End Audio E-Zine

Silver for your Gold

I love bargains–you know, those things in life that deliver pleasure that’s far greater than the time and effort it takes to get them. The Internet qualifies as a bargain, and so does the N(ational) F(ootball) L(eague)–which, like music, is not always more involving in person (dopey announcers aside). Although, in my opinion, there are components that wouldn’t be bargains if given away, for the most part, high-end audio itself also qualifies. The Clayton M70 monoblock amps are certainly bargains–and so is the DH Labs D-110 AES/EBU digital cable, which I’ve been using between my Timbre TT-1 DAC (another serious bargain) and Wadia 20 transport. It’s the equal of any AES/EBU cable I’ve used, including my reference and three-times-the-price Purist Audio link, and in ways that make listening to recorded music a most participatory endeavor. 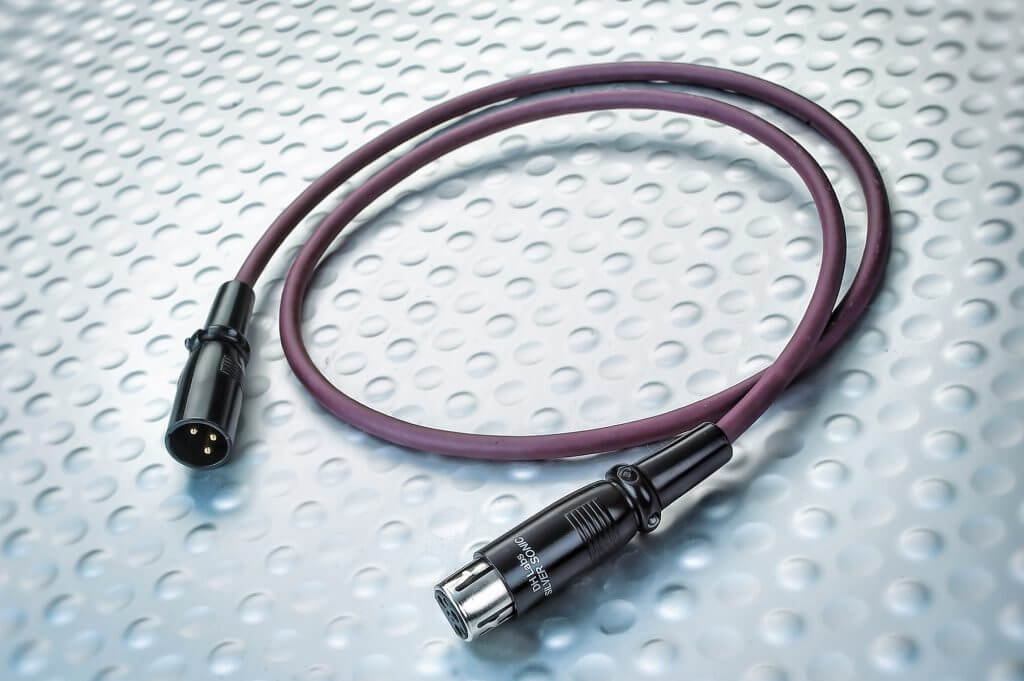 The D-110 is skillfully conceived and constructed. It features silver-coated conductors sheathed in pure Teflon dielectric and completely protected against the RFI/EMI nasties with a full outer shield. The connectors have gold-plated OFC pins–a surprising touch at the cable’s price: $89/meter, with each half-meter adding $10. The D-110 is very supple, and the reason reviewers make such a big deal out of this is that we’re often pulling out and installing new cables in tight spaces, and it’s no fun wrestling with a thick and unwieldy piece of wire around prized components–especially with the extra clearance needed for the balanced connectors.

In my experience, few digital cables sound as different from one another as any two of the formats (AES/EBU, coax, AT&T, etc.) do. In general, AES/EBU is the warmest format, AT&T the most resolving, Coax falls in between the two, although a bit closer to warmth than ultimate detail. The very best cables minimize these differences, making it hard to know exactly which format is in use. And so this happened to me during the audition of the JPS Labs coaxial digital cable. I inadvertently switched to AT&T and didn’t realize it until I went to connect another cable. The JPS Labs cable is splendid–coherent and sweet, fast and spacious.

These adjectives also apply to the DH Labs D-110 cable, but it also adds a touch of warmth to the mix–a bit of brandy to your favorite audio coffee. It, like most AES/EBU cables I’ve tried, sounds more analog-like than any AT&T cable, but it doesn’t do this my nipping and tucking transients and overtones. The music is there, but it’s liquid, fleshy.

I particularly enjoyed listening to female vocals with the DH Labs cable–everything from Jennifer Trynin’s Cockamamie to Cassandra Wilson’s Blue Light Before Dawn. And if you don’t have Holly Cole’s Temptation, you’re truly damned. Eclectic readings of Tom Waits songs–bonus on top of bonus. In all cases, the voices were rock solid and in scale–in short, about as real as reproduction gets.

I did much comparison withe Purist Audio AES/EBU link–the much-ballyhooed, and terrific-sounding, water cable. The DH Labs cable, at less than a third of the price, was the equal of the Purist cable in almost every way. In fact, I know I’d be hard pressed to tell the two apart once installed. The Purist cable is perhaps a touch warmer, but it would be a light touch. You couldn’t go wrong with either cable, but the DH Labs D-110 is especially sane given its wallet-friendly price.

About the best advice I can give a digiphile, especially one with a transport/DAC combo that will accommodate multiple formats, is to stay cable-ready with an example of each format locked and loaded to allow for easy switching–variety being, as it were, the spice of life (ahem). In such a configuration the DH Labs D-110 cable fits the bill nicely. It sounds terrific and will save you enough money to buy other cables without guilt–although you may find that the others don’t get much play. Righteously recommended.