Reprinted with permission from  SoundStage! The High-End Audio E-Zine

You may think that with all of the megabuck gear I get to use that only the most exotic and expensive equipment can excite me. Not true, although I do concede that it’s easy to become so entangled in the more esoteric products that you can’t see the forest or the trees. But as I’ve outlined in recent reviews, I’ve assembled a second more budget-minded system, and this keeps me in check (somewhat) and on the lookout for good gear that doesn’t cost a fortune–like the DH Labs Silver Sonic interconnects and speaker cables. SoundStage! first called attention to these cost-effective cables way back in early 1996; and because of Doug Schneider’s praise then, I thought I would give the cables a listen and give you another idea of how they perform in general and work in my budget setup, which I’ve unceremoniously named System Two (we midwesterners aren’t known for our flair).

You probably know the story behind the Silver Sonic cables–silver-plated copper conductors, Teflon insulation–but there are a few fine points I’d like to mention. First, the Silver Sonic speaker cables, given the model designation T-14, use as an insulator TFE Teflon, which is the highest grade of Teflon available. Each of the oxygen-free-copper strands is tightly sealed in the TFE insulation to prevent oxidation. The BL-1 interconnects consist of two insulated center conductors, a foil shield and a separate drain wire. The dielectric is a Teflon copolymer, which is used because it requires less heat in the extrusion process and has nearly the same electrical characteristics as the TFE Teflon in the Silver Sonic speaker cables. All Silver Sonic cables (the line also includes coaxial and AES/EBU digital cables) employ special geometries that reduce noise and increase electrical efficiency. The Silver Sonic speaker cables are 14 AWG in thickness, the interconnects 20 AWG. 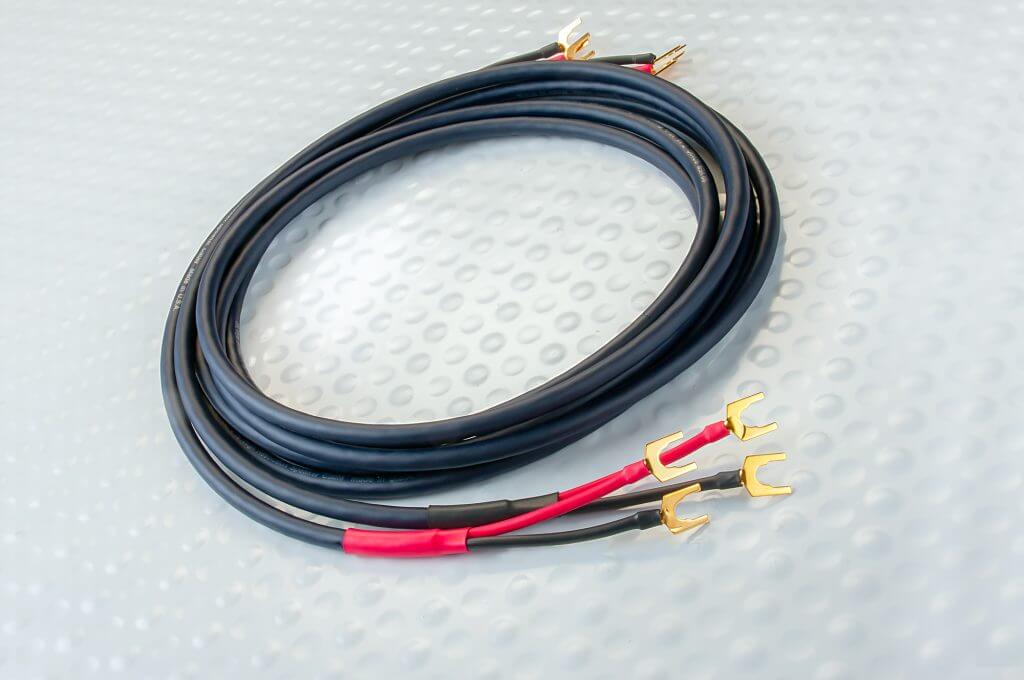 I’d like to say that the Silver Sonic cables are a discovery, but they’re not. Many audiophiles already know about them, so let me add my blackbird’s voice to the flock: they’re terrific, worth more than their relatively modest price, and make fine music indeed. I’ve used them–two pairs of interconnects and two runs of speaker cable–in both of my systems, but because of their price, I’ve had them more in System Two than the reference rig. In either system they exhibited the same set of strengths: wonderful transparency and coherency, superb tonal balance rivaling that of the very best cables available at any price, and the ability to mine lots of intricate detail. The way the Silver Sonic cables disappear is exemplary, to the point where I had to keep reminding myself that I had them in the system, and they performed their feats with a wide variety of music–well recorded and not.

Tonally, the Silver Sonic cables are nimble and airy. They portray the mellifluous highs of CDs like k.d. lang’s Ingenue with obvious naturalness. Joe Henderson’s Big Band, which is packed with horns, has just the right amount of bite, and James Taylor’s Dad Loves His Work, an older recording that sounds way smooth even by today’s standards, was positively blooming with body and presence. Although a single run of the Silver Sonic T-14 speaker cable didn’t allow my reference system to display quite the bass extension of the biwire JPS Labs cables that I normally use, using two runs of T-14 solved the problem (and perhaps one of DH Labs’ special biwire runs would also do the trick). On the Meadowlark Kestrels and Merlin TSMs used in System Two, this problem was non-existent. Speakers like the ProAc Response 4s make differences in cables very noticeable, especially when their 20-Hz bass extension is somehow affected. And this leads me to my main point: although I used the Silver Sonic cables primarily in a system of more modest-priced components, they were at home in my reference system too, and I can say with confidence that I could live peacefully with them there (in fact, I did for quite a while, until it was time to give some other set of wires a go). So at their prices, the Silver Sonic interconnects and speaker cables are a bargain, and given their level of performance, they’re also a no-brainer. Highly recommended.