About a year ago, I was asked if I’d like to listen to some interconnects, and it turned out they were the DH Labs Silver Sonic Air Matrix cables. I agreed, not suspecting that I would be joining the audioMUSINGS team a year later and doing a review on them. Man, did they make a difference in my system. When I hooked them between my CD player and my amp, the first thing I noticed was the bass. Compared to my XLO/PRO 100 cable, it was deeper, more pronounced, and fuller. The treble didn’t lose any of the detail that I bought the XLOs for in the first place. The midrange was a bit fuller and richer as well. It was enjoyable to listen to all kinds of music with these cables. I never wanted to turn off my stereo at the end of the evening. 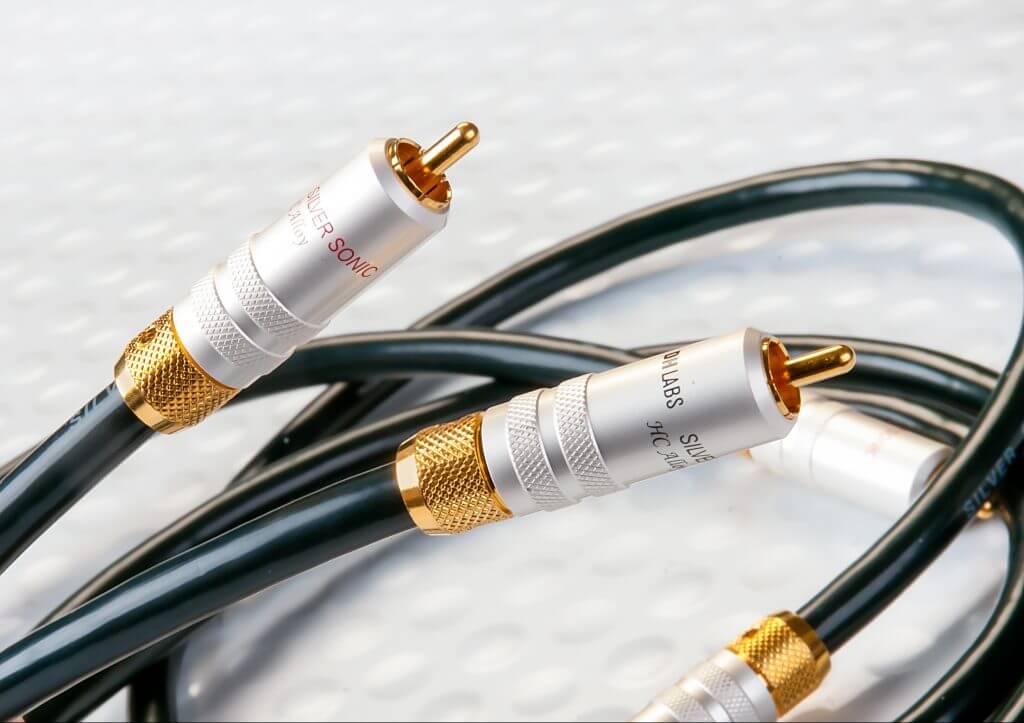 When I was asked to write a review on the Air Matrix cables, I was very excited to listen to them again. When I hooked them up, the same thing happened. The bass just seemed to jump out from my speakers, which hasn’t happened in a long time. The DH Labs have a rich, smooth sound that still possesses the detail that I love so much. I wanted to hear every recording I owned to see if these cables were for real. Sure enough, they did not disappoint. I tend to listen analytically rather than emotionally. I need to hear all the instruments playing individually, as part of the whole. Mannheim Steamroller was one CD with which I really got to experience many instruments playing individually. It was truly listening at its easiest and most enjoyable. Barbra Streisand sounded warm, smooth, and sweet, much better with these cables than with the XLOs. Kenny G’s soprano sax was sooo smooth and real, sounding like he was in the next room. As for Elvis… he rocked. I just love his version of “Here comes Santa Claus.”

It continues to surprise me that changing cables can make my system sound so different. A few years ago I probably would have said that it’s all B.S., but hearing is believing. The Air Matrix cables have great bass and detail, and are clean sounding. If you are looking for reasonably-priced cables with these features, you can’t go wrong with them. They give lots of bang for the buck.

When it comes to high end bargains, DH Labs is a shining light. They consistently come out with good-sounding, affordable products. The Air Matrix interconnects ($195 per meter pair) continue the trend. They are made of silver-plated copper, and use a proprietary “air matrix dielectric material.” The DH Labs wire was paired against the JPS and Kimber Hero interconnects that I use in my system.

My first impression of the DH Labs cable was that it sounded very dynamic. Steely Dan’s Gaucho CD on MoFi moved along at a toe-tapping pace, as did Pat Metheney’s live CD The Road to You. Fast-paced songs such as “Beat 70” and “Third Wind” moved at a daredevil’s pace. All the instruments were clearly laid out and jammin’ away. I heard very solid placement of images with a pretty open stage. There was very good inner detail. Instruments sounded clean. The lower register of the piano sounded weighty but agile. Vocal and instrumental timbre wasn’t off by much either. These wires were fun to listen to!

At this point I figured it was time to switch wire, so I put my JPS back in. Granted, the Superconductor+ retails for about $100 more than the Air Matrix, but it sounded slightly more dimensional, with a touch more depth and space, although it was also a little darker and the top end was a bit less extended. The discs I had played earlier now sounded a little weightier, and timbres were a tad more natural. Better? Not really, just different.

Then I tried the Kimber Hero interconnect. Compared to the DH Labs, it sounded flatter, slightly brighter, and chalkier from the midrange to the top end, which is why I have relegated it to secondary duty in my system. Despite all of these audiophile details, something emerged with the DH Labs wire that was very favorable. Every time I put the DH Labs back in, they had a way of making me forget about sound and pull me into the music. This is a big plus, in my opinion. I know you’ve heard this many times, but isn’t that what it’s all about? More than any of the other components that we put in our systems, wire brings about the biggest difference of sonic opinion. That is why it is so important to try as many kinds of wire in your system as you can before you buy. DH Labs’ new Air Matrix interconnects are affordable, well built, and perform beyond their price tag. Check them out. Highly recommended.